Club SciKidz is the best place under the sun for extraordinary summers. Established in 1997, founders Bob and Sue Hagan have created one of America’s finest summer science and technology camps.

The original business operated under the name, Summer 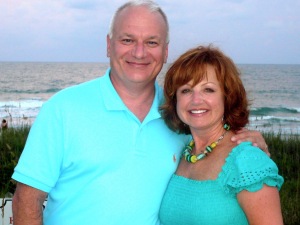 Science Day Camps, Inc., which is still the affiliate company name. Bob and Sue have a combined 30 plus years of teaching experience and both hold a Master’s Degree in Education.

As time progressed, additional age groups and science themes were added. Beginning in 2001, Camp Young Scientist was created to accommodate children ages 6-8. Each year additional Science Camp themes were added and there are now over 50, and counting, offering exciting projects and experiments for kids ages 4-15.

Club SciKidz Houston is an independently owned franchise of Club SciKidz Atlanta. It is the first Houston location, joining the family of other CSK franchisees in Dallas, Maryland, and Virginia. Although the curriculum is from Atlanta, it is aligned with Next Generation Science Standards (NGSS) and Texas Essential Knowledge and Skills (TEKS) standards. Along with summer camps, CSKH offers in-school field trips and semester long after-school programs.